I found out that I was pregnant on May 17, 2013. Part of me was so excited, but I mostly felt terrified. I am 17 years old, and I was not planning this pregnancy.

I am lucky enough to have a supportive family who, although they were angry with me, were willing to help me as long as I took responsibility for myself and my baby. I am in high school, and I arranged to graduate in December (my due date was January 6) so that I could take a semester off with my baby before going to college. School was incredibly hard this year. I was taking a lot of hard classss so that I could still graduate with an honors diploma and I was working about 30 hours a week after school and on weekends.

On top of that, people at school were incredibly judgmental. Even people who I thought were friends abandoned me because of my new reputation. I went through my pregnancy alone apart from my family and boyfriend. I found out I was having a girl, and I was so excited, despite everything going on. We decided to name her Ava Grace. On october 6, when I was exactly 27 weeks, I went to the emergency room because I hadn’t felt Ava move in a couple of days. The nurses taking care of me assured me that nothing was wrong, most likely, but checked for a heartbeat to give me reassurance. When they couldn’t find one, they gave me an ultrasound. No one would answer my questions of “What’s going on?” And “is everything okay?” Although at that point I already knew it wasn’t okay.

They finally told me that Ava’s heart had stopped beating and that they would induce labor shortly. They started giving me medicine for induction around 8 am on October 6, but I didn’t even begin to dilate until about 10 pm that night. I was given an epidural because the pain was so intense around 2 am. I finally delivered Ava at almost 4 pm the following day, October 7.

The doctor told me that her heart had stopped beating several days prior, and recommended that I not see her. I didn’t really know that most people did see their babies, and at the time, I didn’t know that I would ache so badly later to have seen her and held her no matter what she looked like.

My sweet Ava was 1 pound, 3 ounces and was 12 and 1/2 inches long. I ache every day to have her with me. My due date is 3 days from today and I can’t help but imagine what my life would be like if I was trying to finish up last minute things for Ava’s arrival instead of figuring out how to get through another day without very much hope. It’s an awful feeling.

My family and friends have been incredibly supportive, but my friends are, like me, 17. They don’t understand what this is like, or how much and how intensely it hurts. They don’t know what to say, and I feel all alone again.

It’s hard even now to imagine my life without Ava in it, and it’s been almost 3 months since I lost her. I keep wondering when it will get better. My friends are carrying on normal teenage lives, worrying about boys, prom, or clothes, but I find it impossible to do that. I don’t exactly know where to go now that I’m readjusting my life again. I know this post is probably really depressing, I just don’t know how else to feel. 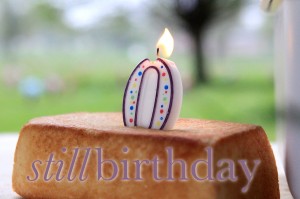 — January, founder of Birth Without Fear

Enroll now in the Birth & Bereavement Doula® program!  At tuition, a greeting file will be automatically available for you to download.  Please join us in Admissions, where you can select your learning session, see other students, and get started! 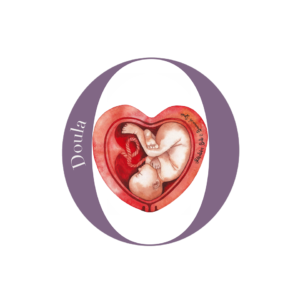 How our Hearts Release began

ABOUT US
Stillbirthday Global Network is an internationally trusted benevolent organization whose philanthropic mission is simply to doula: to nurture sources of perinatal bereavement, strengthen skills of healthcare professionals and increase healthy engagement of perinatal related needs among communities. Stillbirthday is founded on the non-discriminatory mandate to love, to the best of our ability, in all situations. Members of the stillbirthday community are diverse and autonomous, each committed to exemplifying the advancement of loving service which our Principles of Service frames. Stillbirthday is founded as an auspice of Christian Childbirth Services LLC.
Contact us: info@stillbirthday.com
X